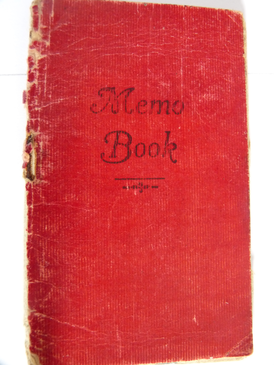 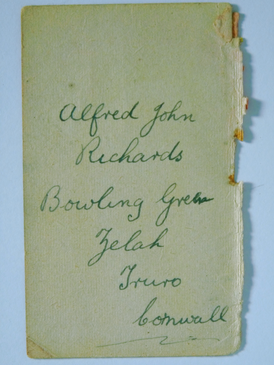 Besides the diary transcribed below, there are pages with poetry (not original, I believe), reference information, comrades' addresses and random notes.

The diary covers the time between his enlistment and December 1943. During this time he served with No 1 Armoured Car Company RAF (later incorporated into the RAF Regiment).

It begins on the back page, and is continued backwards through the notebook. The pages below are re-arranged into chronological order. Click on the page images for the full-size photographs, which are 3-4MB in size.

In the transcript, the editor's notes and queries appear between square brackets, [ ]. Sometimes abbreviations are expanded with the added material in italics. The transcript is a work-in-progress, since many of the placenames are difficult to read and/or very abbreviated. If you have any comments, corrections or otherwise wish to get in touch, please send email to jonathan[at]orlopdeck[dot]net. 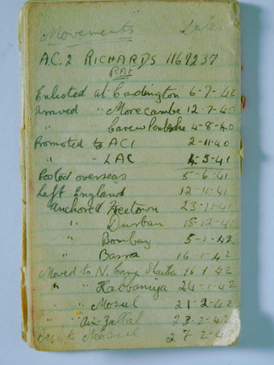 1. RAF Cardington, Bedfordshire, was one of the centres for enlistment of men in ground trades. AJR wanted to train to fly, but related that the RAF wanted skilled mechanics more than they wanted pilots.

2. No 9 School of Technical Training Morecambe opened in November 1939, training flight mechanics and riggers, and closed 17 May 1942. Ref A

3. Carew Cheriton (Milton), Pembroke.
RAF Carew Cheriton was built in 1938 on the site of the WW1 RAF Pembroke, initially equipped with grass runways. The airfield was used as a support base for the flying boat operations at Pembroke Dock. Based here was 'B' Flight 1 A.A.C.U. and 595 Squadron Target Towing Flight, equipped with Hawker Henleys. On 15 April 1941 12 airmen were killed in an air raid which hit the sick bay. From 1939 to 1942 the Coastal Command Squadrons - 217, 48, 320, 321, 236, 248, 254, 500 flew patrols from Carew over the Western Approaches, raids along the French coast, the escort of the Irish mail steamer and also Douglas DC-3 passenger services. Also between 1940 to 1941 the Coastal Command Development Unit was based here, and carried out trials of a new airborne radar equipment. Ref B

4. From the dates which follow, it appears that AJR was aboard Convoy WS 12Z. Ref H. This was made up of 15 ships, 9 loaded at Liverpool and 6 loaded at Clyde. For voyage chart see Ref C. This divided, and he proceeded with WS12ZB to Bombay. Ref D

. Only four of the Liverpool ships (assuming AJR shipped aboard in Liverpool) were in WS 12ZB, viz. ADRASTUS, CAPETOWN CASTLE, DUCHESS OF BEDFORD, and EMPIRE STAR.

5. Convoy BP 31(A) sailed from Bombay to Basrah, unescorted by the Royal Navy, although HHMS GEORGIOS AVEROFF departed Bombay 9th January to give cover. The ships of this convoy arrived in Basra between 14th and 17th January, with the INDRAPOERA (for description, see Ref E) arriving on the 16th, with 1192 troops and stores. Ref F. INDRAPOERA had joined WS 12Z at Durban; I infer that AJR's unit trans-shipped either in Durban, or in Bombay.

6. i.e. Shaibah, also written Shu'aiba in contemporary documents.
RAF Shaibah lay in the desert 13 miles away [SW] from Basrah and was renowned for the harshness of climate and primitive, isolated facilities. Ref G 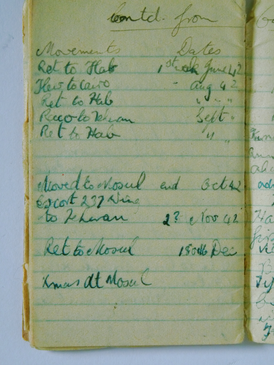 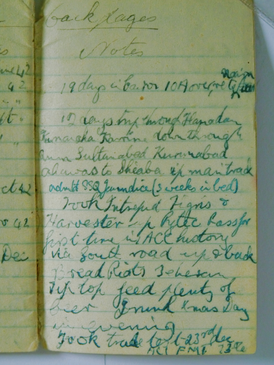 Contd. from back pages 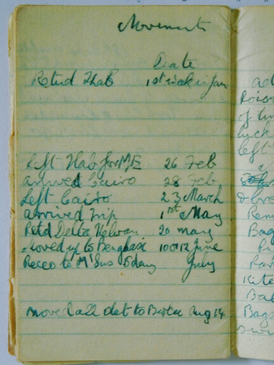 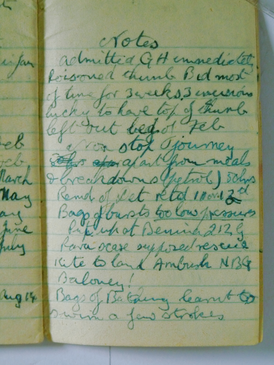 7. This was an attempt to disable a plane that was being sent to pick up some Italian parachutists that had been dropped to carry out sabotage work on the RAF and USAAF aircraft in the area. Unfortunately the plane flew over Msus but it didn’t land, despite the RAF Armoured Car officer firing the required red Very light, and they weren’t able to capture the aircraft and crew. The plan was to get the plane to land and then an RAF officer was going to shoot its tyres out with his revolver thus preventing it taking off. The armoured cars would then do the rest. Ref I 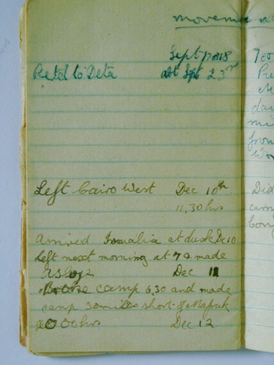 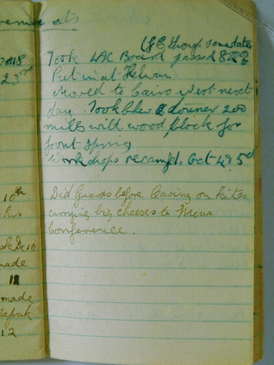 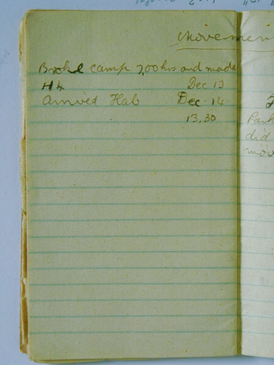 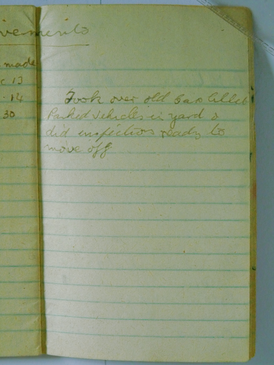